skip to main | skip to sidebar

Questions for next year 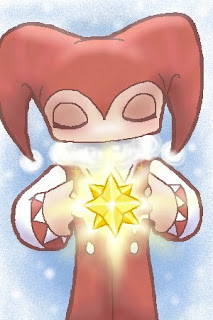 On the 1st I'll start a poll to collect input on what order to scan the books.

Alrighty, I've got a few books that I can scan left:
Intron Depot by Masamune Shirow
yoshitoshi ABe - Lain Illustrations (US release)
Gundam GP01 - HGUC TR-1 Hazel (mostly modeling, some artwork)
Gundam Seed Astray Masters (like the above one)
Stand Alone Complex - Official Log 1 (covers 2/3rds of the 1st GIG, us version and has a DVD)

Holy crap, I missed the 1 year mark. As of October 19th this blog has been running for 1 year! I'll try and get a good pack of stuff uploaded this weekend.

Alrighty. I've been able to complete a private project that's taken up much of my free time so I'm hoping I'll be able to resume normal updating.

Oh, about updates. As you probobly know I've been uploading books I find around the internet or people send me (like the most recent Yukikaze book), At this point I'm starting to get kinda low on stuff I can upload from what I have stored on my PC but I'll do what I can. If you have books you'd like posted please email me and we'll set it up.

Again I'd like to appologize, stuff at work followed by other projects that come up have made it difficult to keep this regularly updated; It should be getting better now. I'm hoping to get FSS Designs III done some time next weekend.

Just got an email from a bot at Rapidshare, here's the important bit:
"Premium Accounts whose files use more than 25 GB (25.000.000.000 Bytes) of storage will be subject to the file inactivity regulations, which effectuate the automatic deletion of inactive files. A file is inactive if it has not been downloaded for at least 90 days."

I've got ~31.4gb of data at Rapidshare right now. I'll be waiting for emails from people about down links for older files.
at 18:09 6 comments: 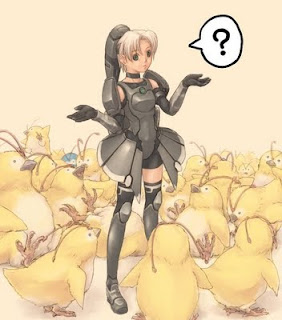 Got me a new book today! I was lucky to find a copy of Designs 3 at my local Kinokuniya. If wanted this might be moved to the top of the queue for scanning.
at 00:30 4 comments: 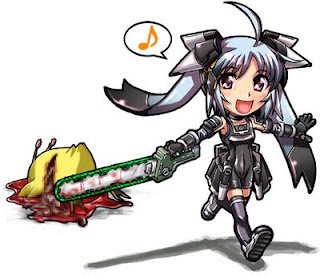 A bit of an update:
Sorry for being away, work's been crappy and I've been busy during the weekends.
Due to work being crap (don't have money) I've let my MegaUpload account lapse. I'm unsure if this means I can't upload and the files stay or not (if anyone could confirm/deny) though I have been renewing my RS account.
The MegaUpload files are only generating ~8% to ~12% of the downloads that the RS account are. I've been able to renew the RS account with the 'RS Points' from downloads alone every other months for a while. Until my situation improves I don't think I'll keep the MU account.

Also, as of this post, the Adsense content has made just under a dollar! I'll keep it up but I don't think it'll be possible to keep stuff running using it.

As to the books; I'm planning on scanning the Stand Alone Complex book I've listed previously followed by Gundam Sentinel. I unfortunately don't know when I'll get a chance to do this however.

Lastly I'd just like to say that the comments people have left in the past are a great moral booster, especially when it comes to scans. Your support is always greatly appreciated.

Hey there. I've been tempted by a thread on /m/ to do my own scan of FSS Designs I - Eastern AKD. I've gotten most of the big stuff in my queue done. Wondering how much people would want it done.
-edit-
Alright, here's the books I have that I haven't scanned yet:

Other books I've listed before and haven't now I don't consider priorities.
Please let me know what you'd like done.
at 21:54 18 comments:

I got the most incredible artbook today, Range Murata's 'Form|Code'. I'll be doing this book next. It's not just a book though, it's (mostly) made up of thick cardstock which all has Murata's incredible art and this is all bound by a 4-ring binder (though just the spine part of it). Here's a link to someones review of it.
It's also one of...2 or 3 not specifically sci-fi artbooks and now one of my favorites. I've always loved 'extras', one reason I like DVDs so much.

Just something I've been thinking about.

The Megaupload account I created has been getting a fraction of the traffic of my Rapidshare account (maybe 1 to 8). Now, I do like having a backup and I know not everyone likes RS...but keeping these accounts open costs money OR traffic. The MU account has just about enough for another 30-day bump from traffic (so about 2 months till it comes due). When that time comes we may need to discuss how to go on.
at 22:17 6 comments:

Alrighty. Now that I've gotten the large-format books out of the way I'm pretty sure that I'll be scanning the Mass Effect artbook next. I'm hoping that I'll be able to get the two Macross Frontier Sketchbooks someday soon but until that happens I'm wondering what you all want me to scan next. Please limit suggestions to what books I have on hand.

Hello everyone. I'm going on vacation this week and will be gone for a bit. I'll try and upload some stuff from a new source at MacrossWorld but I won't be doing any new scans until after I get back. I will be going to a Kinokuniyas though so I hope to come back with a new book. See you when I get back!
at 15:26 1 comment:

So it's been a while since I asked for input from you all on where to go next. I ask you what you want next.

I've gotten all of the 'flagged' files re-uploaded with slightly different names and passwords (the passwords are 'archive'). I'll keep on the lookout for more problems. If anyone finds a bad link please let me know. Thanks
at 14:05 No comments:

Rapidshare has been flagging some of my files as 'illegal'. Specifically some of the Macross-related stuff. I've marked all of the ones that I've found with bad links and will be re-uploading them with passwords (it'l be 'archive').

If anyone finds a bad link please let me know by email (can be found in my profile).

Link to all 7-16 batch torrents

Here's a link to the individual torrent files for the 7-16 batch rebuild: LINK

Only the posts tagged with 'Archive Scans' are scans that I did personally. All others were found online.

I cannot fulfill requests unless provided with the material being requested to post.