skip to main | skip to sidebar

This is Animation - Macross Plus 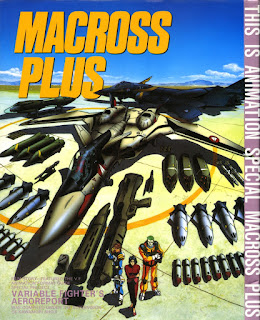 This is a great little book, about 100 pages and covers the first and second episodes of the OAV version of Macross Plus.
From Macrossworld: "Also included is Variable Fighter's Aero Report, a section focusing on the series' Variable Fighters, from the VF-1 Valkyrie to the YF-21, plus some mecha that was not used until the release of Macross VF-X2. And we have Variable Fighter Squadron Marking, featuring special paint schemes illustrated by Shigeki Ninomiya."


This is Animation - Macross Plus

Thanks friend for this material and I'm down

Thanks for the great work and appreciate boinger for his generosity.

the best book of MP, very difficult to see....

Thank you although I'm having problems downloading. it says "not found" but I'll keep trying. Thanks again for the great service you provide to aspiring artists!!

It's working fine for me, give it another try.

all its perfect!!!!! I seed the archive for a one week

This isn't working at all for me, nor are any of the other new books.

It seems to be an intermittent problem, I've added magnet links as an alternative and will likely do it on future posts.

Link to all 7-16 batch torrents

Here's a link to the individual torrent files for the 7-16 batch rebuild: LINK

Only the posts tagged with 'Archive Scans' are scans that I did personally. All others were found online.

I cannot fulfill requests unless provided with the material being requested to post.